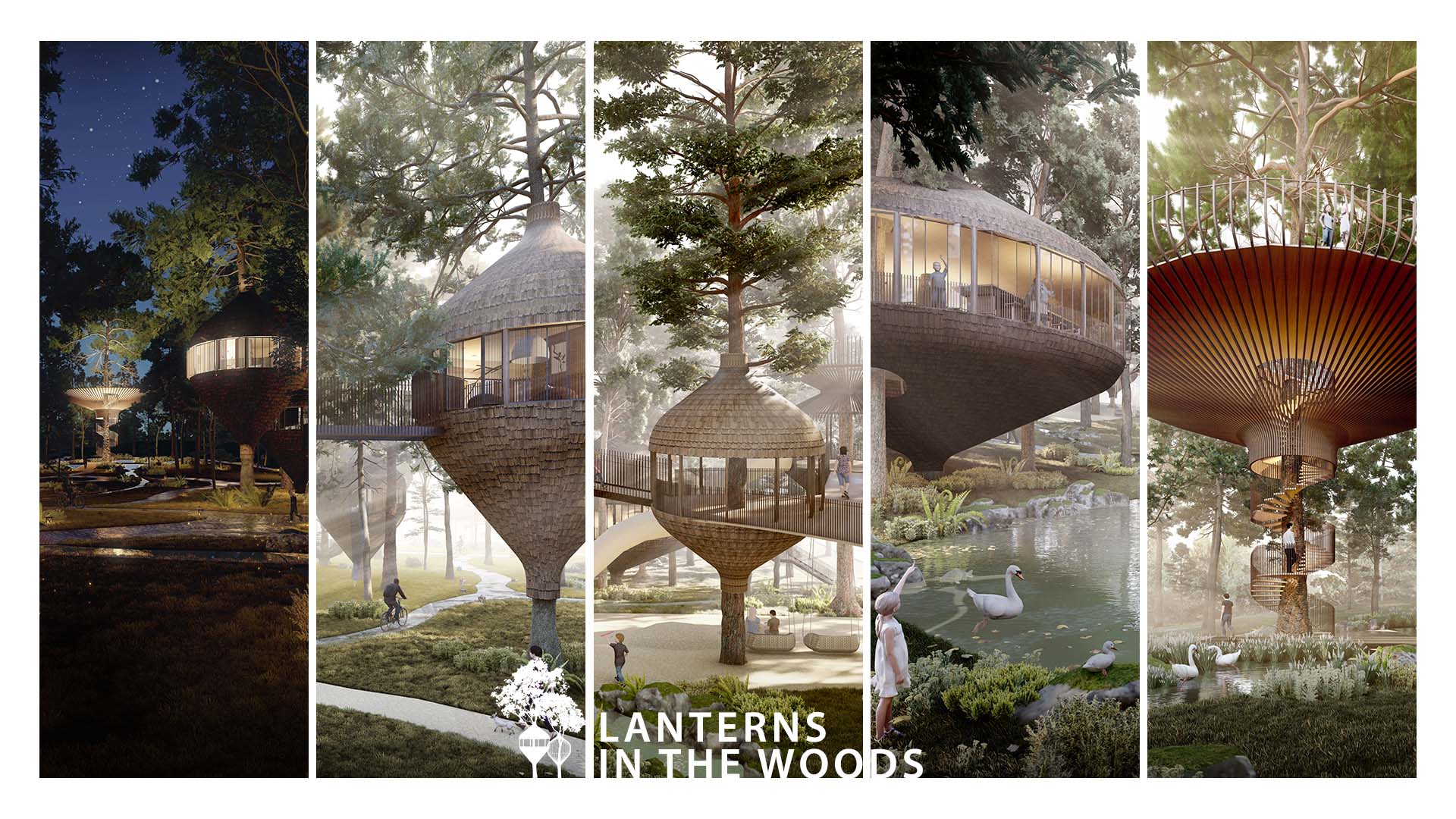 Introducing the winner of stage 2 in the CultureFORM category!

The next stage of the competition is behind us, and with it came new inspiration in each category.

The special category is intended to inspire the design of spaces that promote the cultural heritage of cities, countries, and communities worldwide. It draws attention to details, and the heritage of generations or shows a new approach to the spaces in which people can interact with culture.

Giving new meaning to objects, objects, creating common spaces that allow for the education of generations and integration, are the directions marking the 2nd stage of the TDA competition in the CultureFORM category.

The authors of the projects showed in their designs how the surroundings can influence the way we think about traditions, values, customs and places conducive to celebrating the greatest value of life.

We present the WINNING WORK of the SECOND STAGE in the CultureFORM category, as well as two projects deserving an honorable mention by the Contest Organizer.

A treehouse is an emblem of living upon nature. It is a latent form of architecture that represents how people used to live harmoniously alongside nature and its wilderness. Situated at the green heart within Cekmekoy, the project envisions an ecological approach as a Tree House Park to integrate nature as part of the urban life, akin to a breath of fresh air into the fast-paced urbanity. Nevertheless, how could we bridge the manmade artifices and the nature that we inhabit as a collective? In this proposal, culture is anchored to be that bridge to raise the coexistence between artifices, nature, and people. Inspired by the convergence of cultural identity by the Turkish Mosaic Lamp, the design of the series of treehouses will resemble a tapestry of lanterns in the woods. These treehouses provide an envelope to the existing trees with lightweight and minimal supporting structures that touch the landscape lightly. They camouflage within the environment during the day and glow amid the greens during the night. The territory of treehouses is further celebrated through a diverse range of typological modules. Without damaging the ecosystem and wildlife, the imprint network of architectonics upon the pre-existed natural fabric provides a journey of wonder to access the landscape.

In conclusion, the project has created an explorative realm through the embrace of collectivism among the artifices, nature, and culture.

Use of Tubądzin products by the author of the project:
Creation Maciej Zień – Boho, KORZILIUS – Mountain Ash, KORZILIUS – Wood

The organiser also decided to give two honorable mentions:

Award for the author of the honored project: promotion in the Tubądzin Design Community, personalized interview in Elle Decoration, publication in trade media, promotion on the websites of competition partners, promotion in the organizer’s social media and international promotion of the winning project.

The project “Darya ki oat mein”(urdu), translates to, within a river’s embrace and interprets a historic Narrative of Mauj Darya Ahata in the urban context of Lahore. The brief proposes an urban responsive design of an “Inhabitable Wall” which acts as a public interface for the inhabitants of Mauj Darya. The design pays homage to the contextual and cultural roots of the Sufi Saint, Mian Mauj Darya who saved the city from the river’s rising tides by reverting its’s watercourse; and is buried here. Even today, his believers pay tribute and offerings, travelling from all over the country as pilgrims whose beliefs are still intact in an age of “Rationality”. The concept of a linear Wall is a metaphor for the neighbourhood of Mauj Darya, which was subjected to a colossal “urban shock”, when a train track was laid across the entire site, disrupting and demolishing whatever lay ahead. Hence, an allegory of an interactive wall stems as a symbol of Protection, Provision & Perseverance for the people who now reside on the fringes of this mass ‘development’ scheme. Darya ki oat mein projects a vision of public participation, cultural belonging and an archaic Storytale, which is surfaced into a built artefact. The Design’s Incremental plan is fragmented into 3 distinct programs, responding to its many users and pronouncing agendas that sustainability doesn’t lie in greenwashing but is anchored in its socio-economic responsibility to the environment.

Award for the author of the honored project: promotion in the Tubądzin Design Community, personalized interview in Elle Decoration, publication in trade media, promotion on the websites of competition partners, promotion in the organizer’s social media and international promotion of the winning project.

We drew this project back in 2020 for a cultural center in Mariupol, Ukraine. We won the competition and as we all were preparing to start the construction, Russia attacked. Now citizens share pictures of the project while hoping for the war to end soon and maybe the remaining buildings and the city can revive using the same solution. Project description:” This site is part of the city’s history, and the existing building has been part of some important events. Based on people’s votes, they prefer to keep the building as it is; on the other hand, the city needs a new building with new programs, especially cultural ones. So how could we inject new programs into the existing building? That’s why we decided to preserve the envelope of the existing building and put a glass box inside filled with programs. As a result, we’ve got a building with an old, familiar facade. At some points, the glass box would break the wall, so that the transparency provides a visual connection between the inside and out. We strengthened the envelope with a metal structure, which is also the structure for the new building. The project will enhance the visitor experience at a cultural space, creating spaces for education, dining, and social activities, while better integrating the building into the city.”

Two weeks left until the end of the final stage of TDA 2022!

The last 3rd stage of the Tubądzin Design Awards is coming to the end – join the TDA2022 design community!