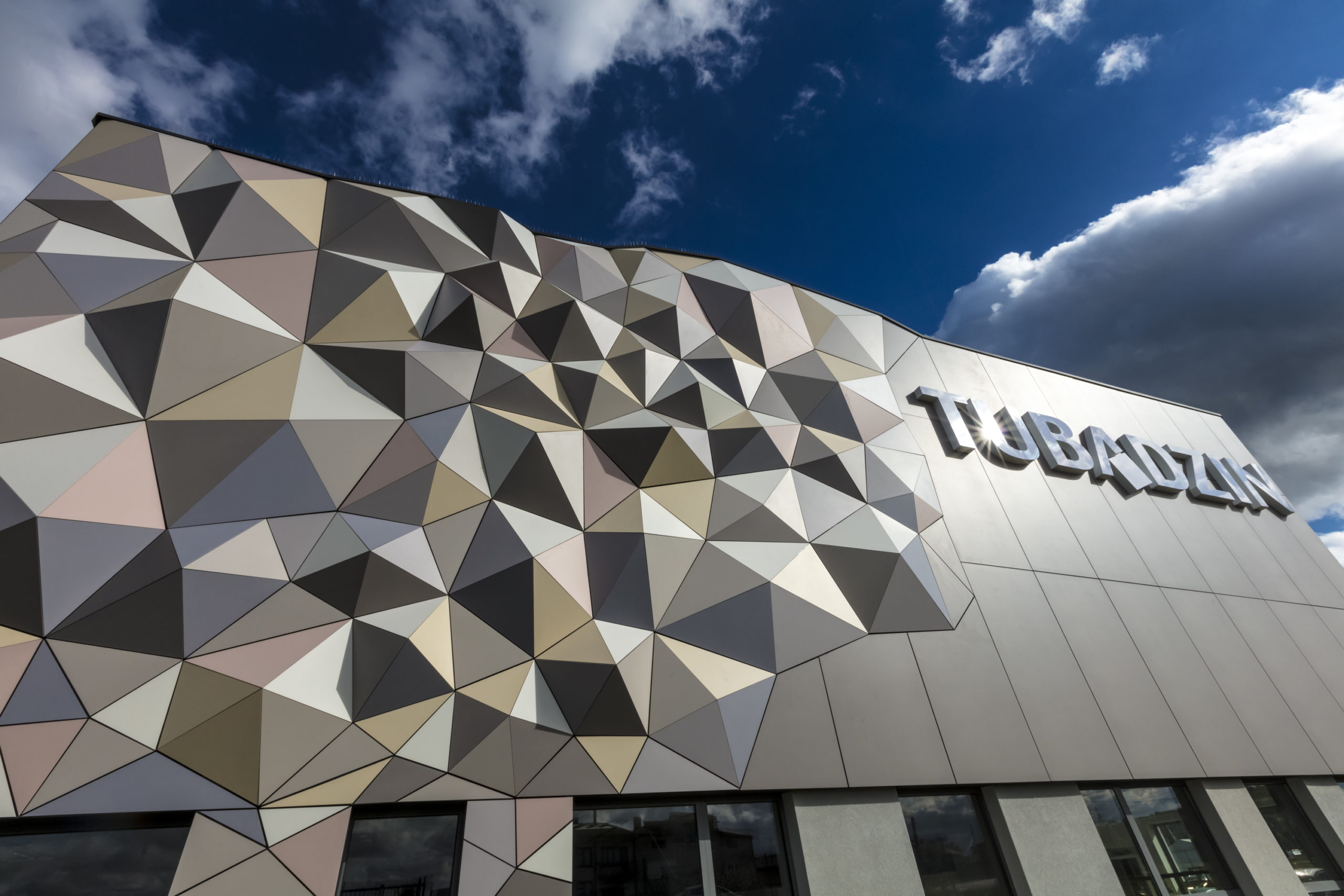 We are connected through design – the TMG office façade

The combination of creative thinking and technology, which transforms ideas into things, allows the artist to present his creativeness. Technology serves mainly the realization of dreams about beauty, comfort and exclusivity – both in private spaces as well as in public buildings.

The designers used the façade of the extended Logistics Center in Cedrowice to highlight the possibilities of large format tiles as well as the Tubądzin Airflow System (more information about TAS can be found in the Knowledge section).

The foundation of the project, according to Joanna Nowak, designer at the Tubądzin Group, was to present the theme where 2 hands act as a connecting element of people and the metaphor of victory over the creative process.

The geometrical shapes and origami type structure resulted in a 3-dimensional picture in an unusual shape. A total of 479 pieces were used to decorate the façade, of which the largest element measured 120x240cm and the smallest triangle only 45x27cm. The picture on the façade is complemented by the colours of the Cielo e Terra collection by Dorota Koziara.

Detail and intriguing textures in the bathroom and the kitchen

Experiencing the culture together and being inspired, there we were.