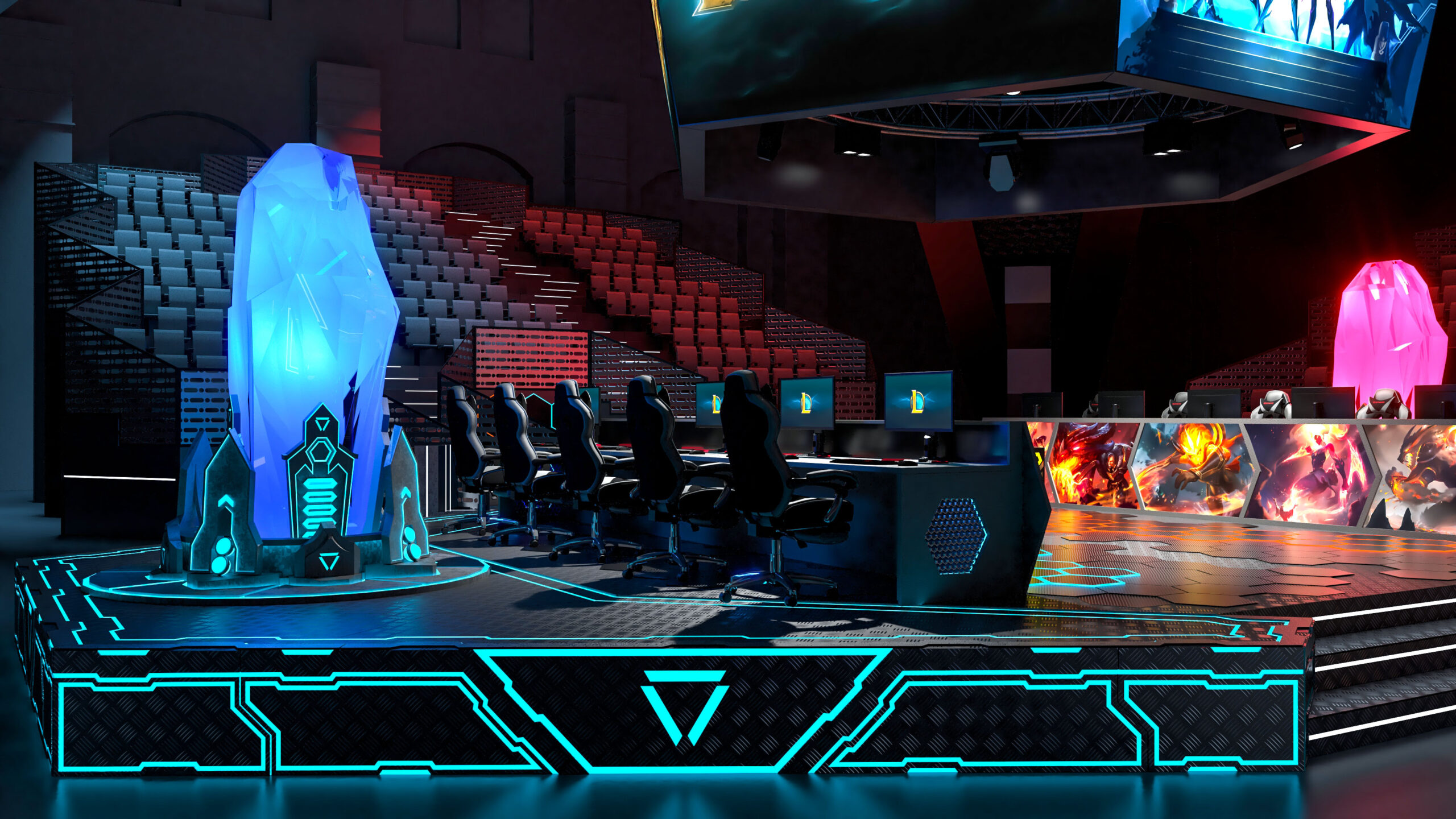 New universe: modern gladiators and e-sports arenas in the projects of young generations

Is a new era of design environments opening up before the profession of architects and designers? Is the current understanding of space the only definition for building reality?

It turns out that young generations living in the digital world have always treated the computer world and digital spaces as natural environments for self-realization and spending time. It is as exciting a way for them to experience the sports world as it was for their parents, and grandparents to be at sports competitions in halls or stadiums.

That’s the reflection of the digital reality of sports games presented in his design of an e-sports arena by a Polish student.

Adrian Głodkowski, a student at the Academy of Fine Arts in Łódź/ submitted a project in the Young Power category of the TDA competition: “Space of the Modern Games – design of an e-sports arena for the EC1 Comics and Interactive Narrative Centre in Łódź.”

The fascination with gladiatorial combat continues unceasingly changing its formula according to generations and the development of civilization.

Sports struggles, the test of strength and skill in the 21st century have moved to the digital world.
This, in turn, has entailed in many cases the form of designed spaces for the implementation of sports games, which have become e-sports competitions.

Get to know the young designer’s project along with the idea he presented to us:

“Gladiator fights and struggles in arenas have moved to virtual worlds with the development of technology. E-sports athletes, along with a huge number of spectators, take part in digital games every day. The virtual struggles of the athletes penetrate the real world materializing in large competitions and championships dedicated to e-sportsmen using a properly designed space.
In the presented work, I wanted to undertake a combination of my hobby, which is e-sports, and the vision of organizing e-sports competitions in Lodz in a specially designed arena, where amateur and professional tournaments will be held.

The challenge I have set for my work is not only to break stereotypes and beliefs about computer games and related e-sports but to undertake to materialize the world of
and to give an appropriate setting to such significant events.

So I am looking for an architectural form that would show the power of inspiration hidden in virtual worlds focusing on the League of Legends universe using new technologies that enrich design related to video games.”

This raises the question of the range of spaces that an architect or designer can design in the rapidly evolving reality and opportunities provided by technology.

Maybe the era of virtual worlds is coming, complementing the real ones, which will bring together a growing group of communities about rendering arenas for e-players…