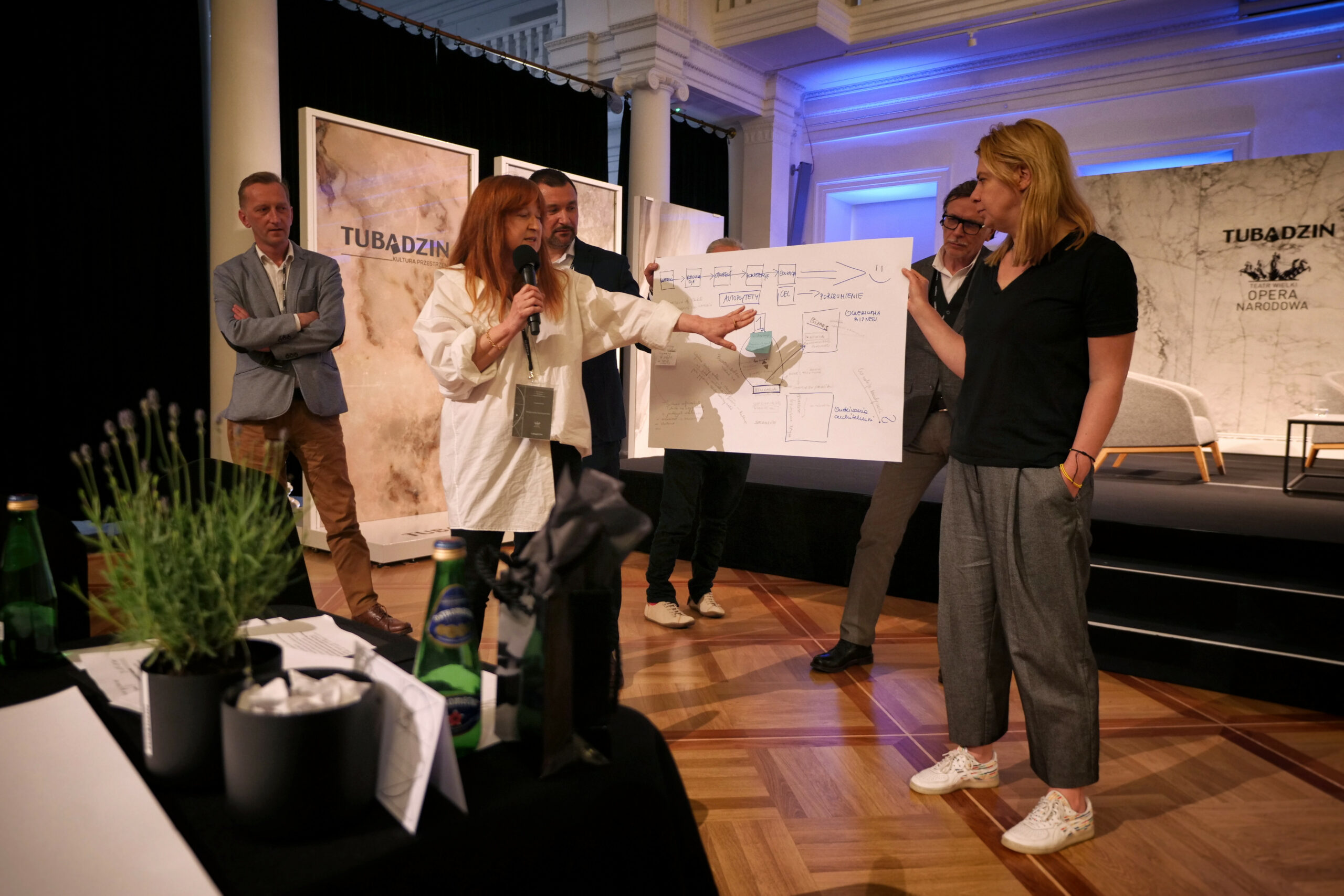 Part 3: Strategic Workshop: Redefining the Mission and the Role of Mindsets – Changing the Current Form of Community Collaboration

The realisation of the strategic workshop consisted of a detailed analysis of the current state of relations between the industries. The experts identified the key relationships, weaknesses and strengths of the industries.

We present further elaborated analyses and directions given by Team 2, consisting of:

Team 2 began by analysing the attitudes and values presented in the architecture, business and culture communities. A thesis on the pursuit of common values of the industries began with the individual perspectives of the team members, and the group then moved on to develop common conclusions.

The effects of the team’s work were presented on behalf of the team by
Malgorzata Szczepanska – Editor-in-Chief of Elle Decoration.

‘During our discussions we came to several conclusions….
Among the many perspectives that emerged in the discussion, however, it turns out that the most important one is interpersonal communication, but based on an ATTITUDE….
If we assume, when approaching our conversations, that we want to ‘get along’ then the conversation goes on in that direction. However, there can also be a semblance of a good attitude between people and then the effect of the conversations is obvious.’

Depending on what the goal is, this is how the process looks like, a well-known topic, especially in project-based environments. And yet, the stated objectives are not always achieved. Perhaps because they are not precisely defined, perhaps there is no single common definition of a goal? Behind every decision is a person with personal needs. Personal attitudes and interests are behind the realisation of big business interests.

„Didova Chata” – a new life for the home, inspired by cultural roots

GEN „Z”: „Between the worlds”, inspiration comes more and more often from the digital world